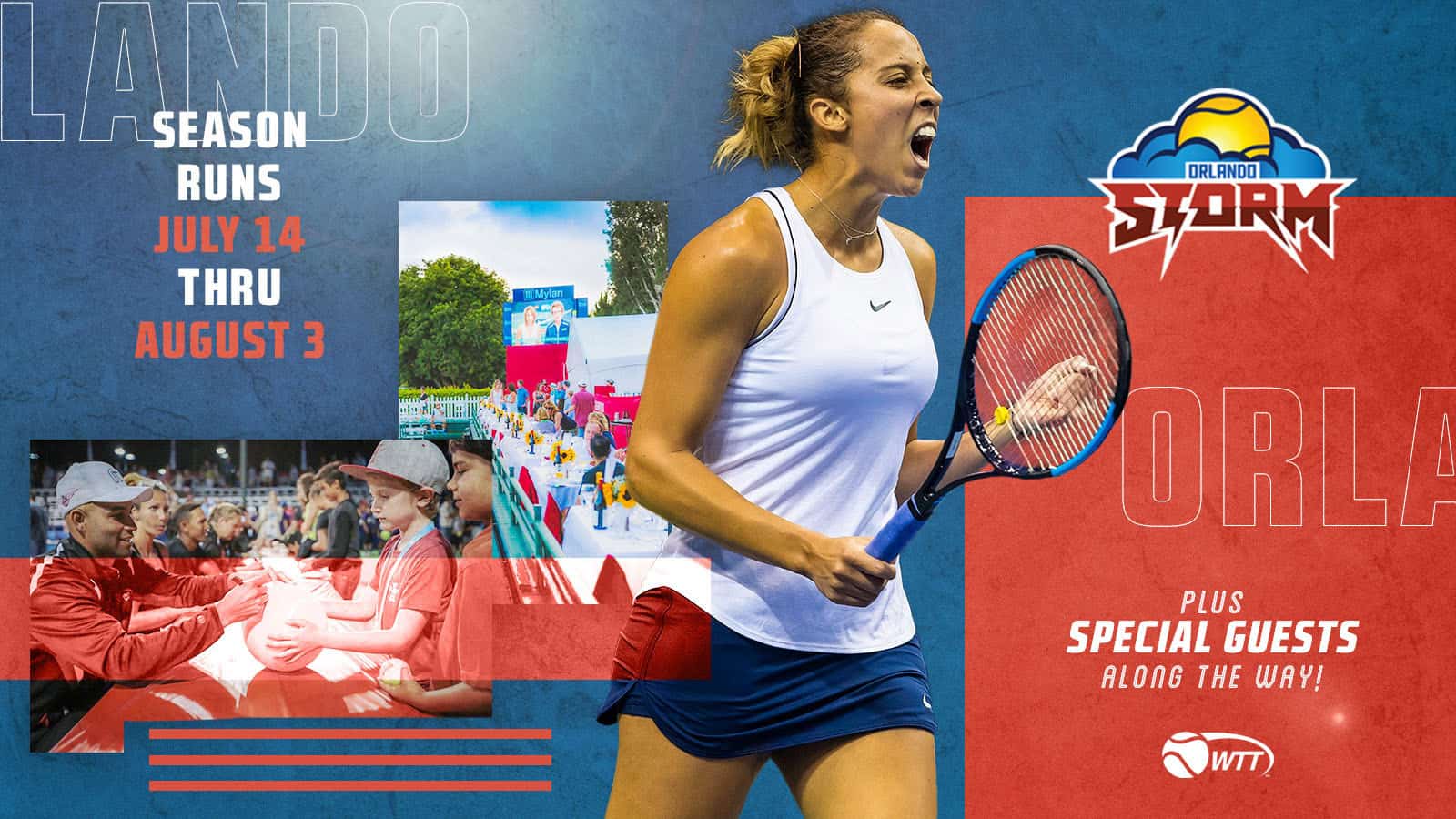 I watched WTT for the first time last year while in Orlando and loved it, this year I would have have attended the event in Virginia had I not been 4000 miles away on the other side of the Atlantic. I was intrigued by the format the camaraderie and the almost open access to players. It has some of the elements that all US team sports have and I have always loved.

Americans do team like no other nation on earth! I see it all the time! My girlfriend attended NC State and then UNC, she makes a funny hand signal that looks like someone stole her glove puppet but apparently it’s a wolf (could be a basically anything with a jaw to be honest but that is not the point).  I make fun of it but actually I’m jealous! The creative side of me fell in love with college logos. My assistant coach and I once played the PTR Championship in Michigan Spartans shirts, at the time we had never been to Michigan, we just liked the green and thought the logo was cool. Another time while being a tourist in Chicago I bought and wore a Notre Dame shirt, I liked the Leprechaun but didn’t know what state they were in. I was offended when a slightly weather beaten old man scuttled past and muttered, “Your not having much of a season!” How did he know my tennis scores for the year?

College sport is almost a religion, but then so is British Soccer, or Australian Cricket. We love our team and we love to wear the badge. Tennis is not usually a team sport, although in 2020 we are seeing more of it, but we wouldn’t want it to be really, or would we! The point I often make is that most people play doubles, not singles and when they play for a team or a club it is! At club level competition is usually a team sport, but uniquely can be an individual one too!

Actually, when you crunch it down it’s interesting to see what really makes something a team competition. It actually boils down to just three factors,

So in my pipe dream, lets take some form of WTT style identity and let it role across the Tour for the whole year!  No I am not suggesting what you think!

Three times a year for a two week period players congregate as they have at Greenbrier for the play offs, the rest of the year looks pretty much the same! Hold on that doesn’t sound so revolutionary! That’s because you only need to manipulate the three factors I mentioned above. Take one player competing this week, Tennis Sangren, playing for Orlando Storm, he wears the team badge for the whole year, every time he wins his team gets points, oh and you win those points too if you are registered as a Orlando fan. So his points are not just his points they are the teams points and your points! Oh and if he beats a player way above him in the rankings he gets bonus points and so do you! When fans are finally back in the stands you venture to an event and know there are seven players all playing for Orlando across the singles and doubles draws! You hustle to your seat branded with your team colors! Wave a towel or a flag and high five anyone else wearing your team logo!

The team roster is 30 strong with 10 players from each 100! Five women and five men from the top 100 at the start of the season! You win the same number of points if Orlando Luz from Brazil, ranked 301, wins as if Tennis Sangren does (assuming he is on the Orlando team which with a name like that is pretty logical right?)! So now you are cheering for players in the lower ranks, which raises awareness of those players, increase their fan base and their marketability!  Now you join the fan page and players post diaries, fan messages and become more accessible to fans. The lower ranked players engage more through this media to raise their social profiles and increase connection.  You buy the hoodie and check your app for scores that bring you rewards with large retailers across the globe!

And remember you are on the team! So when you play your points go into a collective that builds into donations or good causes, creating the drive for you to get on the court and represent too!

It’s a pipe dream I know but its addresses one of the challenges that tennis faces. Unless you are in the top 10 with your own marketing machine it’s just so hard to create fan engagement! We love our sport! We love the nature of the great one on won battles and rivalries so like most things it doesn’t need a complete change it simply needs another dimension!