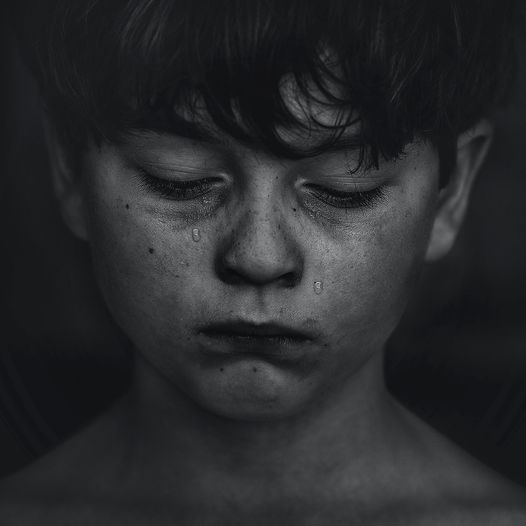 Am I weird that I like the noise of babies crying? I know for some it’s like nails on a chalk board and others with look at me like I am the devil incarnate for saying this but I love kids and unless it’s 3am in the morning, a baby crying is just a child asking for a connection! For me there is something alive and vibrant about it! Of course I am not saying that I want to listen to if for hours, or I want a child to be in distress but it calls me to help and that is who I am in my nature, someone who as a third child is happiest when the needs of those around them are met!
Crying in tennis is another thing because unlike babies seven and eight year olds don’t cry every day! Here it is a sign of frustration, anxiety, anger or even joy, sometimes at the situation and sometimes at their inability to make sense of it!
We all cry, just google tennis and crying see all the pro player photos that appear! There are so many!
But ask many coaches and parents if crying is a good thing and most will venture that it isn’t. Sport should be fun crying is the very opposite of fun, right?
Let’s just put one caveat in here first, of course there are situations where emotionally a child is so distressed that they need to be taken away from an environment but here let’s discuss what we should do about “a few tears!”
Gary was seven, he was a little player the likes of which the club had not had before. Other parents would comment on how good he was and congratulate his parents! Today, in the tournament he was playing Billy (all names changed to protect the innocent) and Billy was not just a much lower level than Gary but he was a roomba style hacker! He ran and ran, and did nothing with the ball but Gary was still expected to beat Billy easily!
Things didn’t go to plan, Gary was having a bad dad at the office! Frustration manifested itself into huffing, then shouting, glances at the parent packed balcony and even the occasional racket ding! The odd tear started and before we knew it the match was over and Billy, much to his own surprise was the winner! Billy celebrated Borg style, fell to his knees, threw his racket in the air and his face in his hands. Ok, it was a bit much but Billy had never come close to beating Gary and he knew he probably would never again!
Gary, with tears streaming down his face moved towards the parents balcony, not sure which of his emotions he was going to allow to mushroom first. Mum moved in for the big hug! The mean coach, me, stopped her! “Hold on let’s give him a minute!” I said. “Mike my baby is crying!” she responded! “Of course but what do you tell your husband when you have a bad day at work?” In a flash came the response “Back off, I need a drink!” So lets see what Gary wants now!
Gary didn’t move toward mum but stood and looked up waiting for the arms of a giant loving lobster to encase him! It didn’t happen!
“That must have been so frustrating for you, can I get you anything she said?” What? No Drama!? Gary’s tears vanished! He wandered down the corridor to a quiet area and 5 minutes later was stood at the referees desk asking “Who do I play next?” Later that day he could be seen messing around with other kids on a patch of grass playing a game they had invented and there were no more tears that day! In fact I never saw him cry again in a match!
Crying is an expression of emotion and we all have the right to cry! I spontaneously combust to Gabriel’s Oboe every time I hear it, and I have no idea why!
Sport’s present a unique opportunity to learn to manage the ups and downs of life, but as Boris Becker said after shock loss at Wimbledon to the late Peter Dohan, “I didn’t lose a war. Nobody died. I lost a tennis match!”
Kids however, struggle to put things in perspective and they look to the adults around, and largely their parents to help them make sense of things. Tears are not only inevitable sometimes but they are also natural, but most of the time they will dissipate if the drama is not heightened by those around them. In one way tears at a loss are a good thing because they show that a child cares.
The key is always to understand why the tears are flowing and understand what, if anything, we should do. Imagine how much longer Gary would have cried in the arms of Momma Snuggles!
As parents we care enough about our children to not feel the need to solve all their problems!
Competition is support to provide challenges, kids are supposed to get confused about how they feel and then.. they are supposed to learn to make sense of it all and move on!
As always I am interested in your thoughts and here is a link to what makes me cry! https://www.youtube.com/watch?v=2WJhax7Jmxs
Join the Conversation at the It’s My Game Conference May 20th – 23rd 2021. Register now at www.itsmygame.net.
Tag: 10 and under tennis   Evolve9   It's My Game II Conference   Tennis Learning   Tennis Program
Share:
Previous Next