Home  /  Uncategorized   /  MY BICYCLE GOT A PUNCTURE! 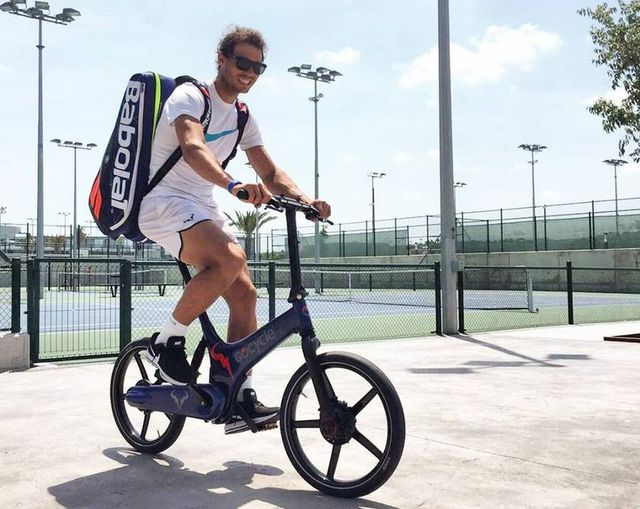 MY BICYCLE GOT A PUNCTURE!

It was my fourth three day workshop in China on this trip. I was struggling from a lack of Starbucks coffee and before me in the converted warehouse were 40 eager coaches, and the humidity was through the roof. Today was the part of the workshop where we worked on managing large groups! Beyond explaining the mechanics I needed to entertain myself, for me this means making the task a story.
Starting with two coaches rallying, I explained to the group that this this demo was a simulation of a 10 player group and the rest of the players were late! With two rallying I pulled out a third player and told the group Chen was sorry to be later but his bicycle got a puncture! The coaches looked at me weirdly! Then I rotated him in to the drill. Next I pulled Li out and told the group Li was sorry but his bicycle got a puncture and then his car broke down, rotated him in and then prepared for the next player. The faulty transport story continued with each player, Bicycle, Car, Speedboat (sank), Skateboard (wheel fell off), Handglider (ripped) , Bus (crashed), Submarine (sprang a leak) and finally spaceship (launch failure).
The story was largely lost on them, or so I thought, but my mind was refreshed from the challenge of remembering them all in order.
Now their turn! The coaches were now in four groups on four courts and ready to try to gradually add new players and get to the ultimate moment where 10 players were all active.
I signalled the start and Wendy, my translator laughed! “What was funny?”
“Everyone started by telling the player that their bicycle got a puncture!” she explained.
In China repeating in this way is called “Learn from the Master!” Let’s copy all the details we can muster and repeat, and only when we are confident will we challenge, deviate and innovate! After three workshops I understood the cultural approach to learning but the level of recal shocked me (and brought a smile to my face too!)
By the way they all nailed the task too and had 10 players all active, my chinese was not good enough to work out if they got the eight modes of transport in the right order but it brought a few laughs!
So the question on this post is .. Do our players need train tracks or just a compass? For sure those who are novices need more guidance than experts but does this change with age, culture, gender, personality?
What are your experiences with different players that have made you rethink your approach to coaching? Interested to hear your thoughts on different approaches you have taken and the players that have surprised you!
Join the Conversation at the It’s My Game Conference May 20th – 23rd 2021. Register now at www.itsmygame.net.
Tag: Evolve9   It's My Game II Conference   Learning and coaching   Tennis Development   Tennis Learning
Share:
Previous Next