Home  /  Uncategorized   /  How Tennis Got into a Pickle! 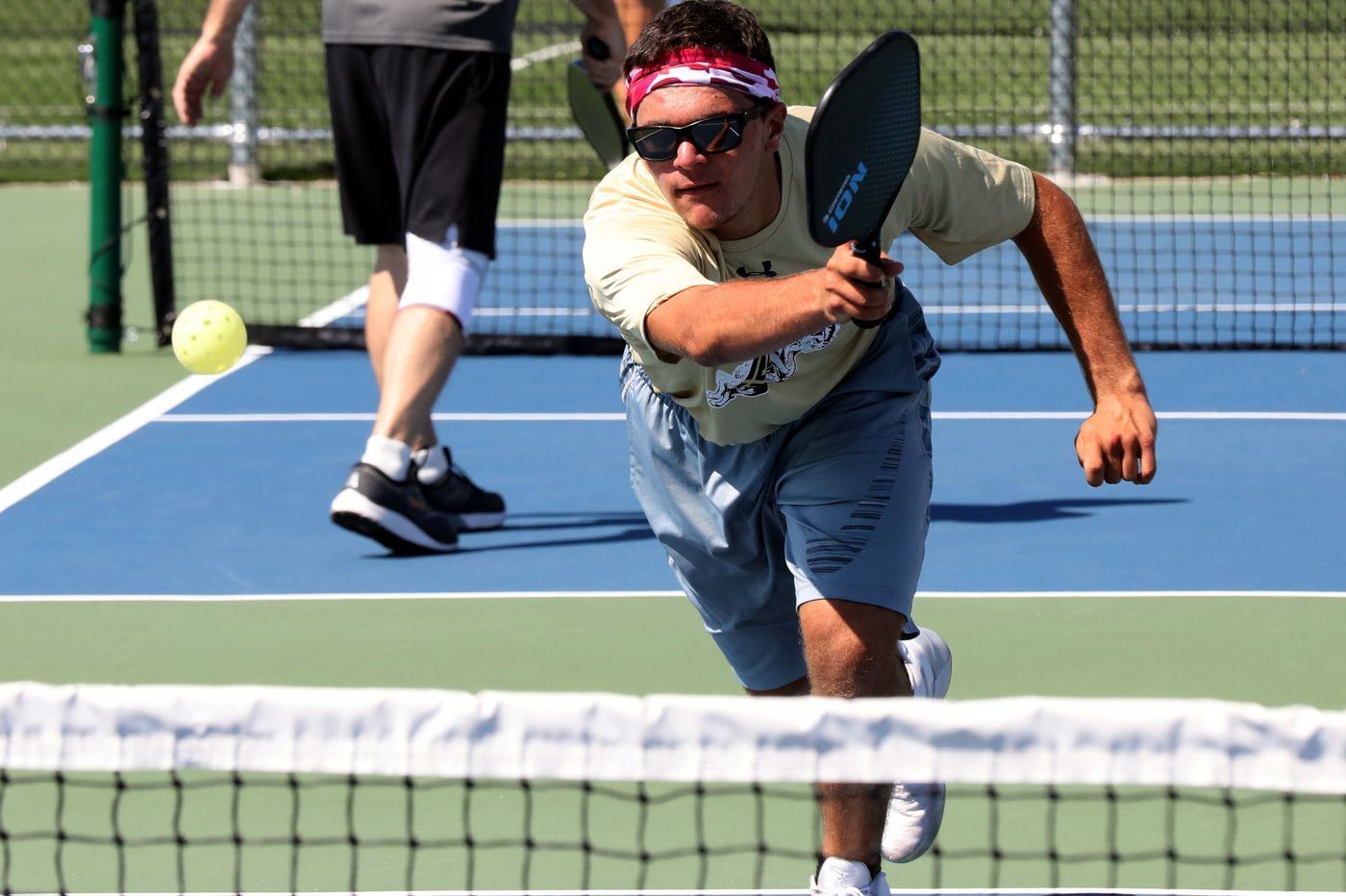 How Tennis Got into a Pickle!

I love tennis! It has given me a life that I could not have imagined, that I am grateful everyday. Tennis people are amazing (for the most part) and as a sport it has all the things that as a third brother I love.

Other sports range from..  “Wow!” to “Really that is a sport?” But that is my personal view. For example, I actually like watching baseball but that is because it is a basically a social event, like going fishing with your friends! Nothing happens, no one is really paying attention then someone finally connects and there is a moment of excitement, then back to chatting with your friends. Cricket is the same, except it is really a game for 5 played by 22, and then we get to golf which for me is like watching paint dry. Sounds negative I know but I also don’t like Italian food either while millions love it! In short, we are all different, have different tastes and that is what makes the human race so interesting.

So, when I mention the word Pickleball, I know that many in tennis shudder and other jump with excitement! I for one am not a fan! I witnessed a two-hour session a few weeks ago and basically felt like that was two hours of my life I will never get back. But before you think that this is an attack on PB let me slow this train down. If it really is so bad, then why are courts popping up all over the US and why is tennis still on the decline? What does tennis have to worry about? Surely if tennis is such an amazing sport people should be rejecting PB and flocking to our game.

The problem is that PB in its simplicity stumbled on to a formula that it behind most successful sports, and ironically tennis used to use. The value proposition is clear, play! The PB ship has yet to capsize which unfortunately happened long ago for tennis. So, what is wrong with the place that tennis has arrived at? Let me take a stab!

Instruction seems more important than play. We have created the illusion that value is in lessons. Honestly, the only value for lessons should be to facilitate better play, but many of the people taking lessons never play. The value of a lesson is when you use it in play, when you compete or play that organised social match. PB, on the other hand, is like soccer in its simplicity, you play instantly, and so until it reaches that point where coaches take over the sport the outlet for most people is to go play, and it’s crazy social (ironically we have had slower balls and shorter rackets for over 40 years but we still see them as only for kids). So, step one for tennis programs should be to look at how many people are playing outside of lessons and judge your success on this number.

Monetizing tennis also has its downside, and it’s our fault that we have this issue too. As the volunteer structure in tennis shrunk, more and more responsibilities were placed on the shoulders of the coach. Coaches are trained to teach and in most parts of the world are self employed contractors who rely on lessons to survive. In many places a coach is payed only an admin rate for organising a matchplay or social event and yet this is where value is! Step two, what if this was flipped on its head? The coach was paid more per hour for running a “successful” event than for teaching a lesson. Players would be happier and ironically want to take more lessons. It is about playing the long game which means keeping a clear view of the big picture.

The third reason is also very coach related. Respect for coaches come with “who you have produced!” Seriously, no coach produces a player! It’s a blend of motivation, capacity, environment and genetics, but we are judged on which players we worked with. Respect is given when you have worked with an elite athlete so many coaches are driven towards this one goal. We pull this specimen out of the garden and micro manage it on the deck, often suffocating its roots and stunting its growth in the quest for attributed success. Meanwhile the rest of the garden goes to waste and the health of tennis suffers. Kids of lesser ability are sent the message that they are not important and adults that they are here to fund the development of the special one. Glory comes before happiness and coaches are devalued as they chase an impossible task. Meanwhile over at the golf club the pro is driving an expensive car because he is looking after the elite rank and file who buy the next club, gimmick or tool to improve their swing. Yes, I said it’s like watching paint dry, but golfers play the game, most don’t expect to be the next Tiger and at its heart it is a social sport. It is changing somewhat but my point here is that tennis has got locked in to respect comes from the elite athletes you produce and not from the lives you shape.

Four, despite this article using many of these, be careful with comparisons to other sports. I wonder if the Ferrari engineers look to Mercedes or Porsche to find the next big thing? I have sat in so many conferences where people suggest we need to look at soccer or even fitness and do what they do! Yes, we do need to look at these activities and determine if there is a principle that might help but don’t try to be them. They all have their own problems, soccer has one of the highest drop out rates in early teenage years and fitness is a revolving door based on filling up places vacated by well meaning, but less committed members. Tennis is not soccer and it’s not fitness, but these are two examples of principles we could use. Soccer is a team sport and somewhere along the line we forgot tennis was too! The post popular version of the game in play is doubles, not singles but lessons don’t align to this treating everyone as if they had a Wimbledon trophy as their ultimate goal. Fitness has used technology not to change their sport but to create community. In fact, fitness had to do this to survive, such is the lack of social interaction. Now you can share your routes and take part in fund raising or supporting a cause all through an app on your phone. These activities are not better than tennis, but tennis has lost its way and lost sight of what connects people to each other.

In our program evolution we have five pillars for a program. It’s a kid’s tennis program but applicable to any age and level of play because at the heart of it is fundamental human needs. For us a program has competition, practice, lessons, social and parent support. All these elements must be connected as without each other the value soon dissipates. It is something we discussed at the Evolution International Coach Symposium in Orlando, but let’s make it simple. The value for a person comes when we meet their needs. My time is precious, and I need to know that there is value for me personally in what I am doing! Where is that value?

It is time that we righted the ship. It’s time we put the game back at the heart of clubs and programs and success was judged not on how many people took a lesson but how many played our great sport! Of course, the irony of this model is that with play at the head of this drive more people would see lessons as valuable and we might be steaming along again! Yes, we are in a pickle but actually everything is there to get back on track. We just need to prioritize!